A downloadable game for Windows, macOS, and Linux

You can only see one tile in front of you.

Climb the tower, light the candles, and revive the Dark One.

I love the concept. I hope to see more puzzle and horror games like this in the future.

Lovely game! My partner can't stop laughing every time I go on a spike tile.

kotob did a lot of other cool games, so check them out!

Thank you! I am glad you enjoyed our game <3

its a really good game but i HATE the ending. please add an actual end to the game that gives the players what they were working to get at some point!

Such A Unique Idea! Loved This Game, Great Addition To My Indie Series! https://www.youtube.com/watch?v=y-vW-azkpm4

An interesting little game. Had a lot of fun with it.

The game is really interesting but definitely needs a little more work.  I think t

he concept is great though.

BTW, why does the moon is cut like a cake (pie). It's just unusual to other arts in the game. Maybe change it to a slightly deemed or tweak it a little because it matches the foreground.

simple design and mechanics but still give some punch to create a horror vibe. Great Job. Although the amount of levels are limited, the game play catch the attention of the player.

Reply
The Punk Wrangler2 years ago

A very fun, if brief, proof of concept game. Great style, very spooky enemies, and the limited amount of information makes for some very tense moments. I do hope that if this is expanded on more work is put into the difficulty of each puzzle, there's a lot of room for memory and light-play in this game that is only slightly touched upon in the few levels we have. Still, would for sure recommend.

My playthrough starts at 17:08

Reply
MeganeKun2 years ago
i really enjoyed this game

it's simple and entertaining

I really enjoyed it!  Click to see my playthrough:

I really enjoyed this game.  The look was very pleasant and the game play was simple and fun.  I would love to see this game get expanded into something bigger with more obstacles, traps, and enemies.  I think you could do a lot with this.  Keep up the good work!  I made a quick game play video.  It is game number four in the video.  Starts at 14:49.

This game is so much fun.  Hopefully plan to expand this game further.

Very nice! Simple and effective i it's design.

Hi Asheraryam,  I would like to get in touch.  We are working on a live concert event and seeking some advice about game elements.  Love your work here and can explain more if there is a way to be in touch.  Feel free to email me at kate.duhamel@gmail.com.  Thanks.

I found that in I think the third level if I use all the spikes before I kill the last monster the last monster can get stuck in a spike with an already dead one. It doesn't die or move it just gets stuck. I can still advance forward but i was confused.

Great art, sound and atmosphere; well done mate! Some small point of improvement would be that the light square is a bit to small; if it's a bit bigger you can better see were the walls are.

Wow really cool and eerie game! The music and art style was so on point in this game and I just felt the constant fear of what would appear in front of me as I moved around the levels. This was so much fun to play, I also really liked the little cut scene between the levels. Overall a very fun and creepy game, keep up the good work :D

I don't know if you've heard of Game Development World Championship before (gdwc2019) but it's a competition for indie game developers where they can submit their games and it's free! It's great if you want some more visibility for the game and it only takes a couple of minutes to join :)

Great game! Love the art, the atmosphere, and the gameplay. It'd be great if you fleshed it out into a full game at some point, with a bunch more levels.

Thank you for the nice feedback!

Let me know if you submitted a game and you'd like me to try it out too!

The art is adorable, the sound is perfectly spoopy, I loved every second. Thank you for making me relive the nightmare of encountering a redead for the first time, as I had about the same reaction to the first monster.

You are most welcome coffeedaydreams. And thank you so much for playing ; u;

Fantastic! The first monster scared the hell out of me! I had a similar idea while planning for the jam, but this design is far better than what I had in mind.

In love with this! awesome graphics! scary and fun! love the ambience and sound effects are not annoying, love the controls so simple and straight forward, each floor is challenging more than the before no repetition. Keep it up guys!

Very scary, very fun and great graphics. Not sure how well it fits with the theme though.

Thanks! I'm very happy you enjoyed it.

The relation to the theme is that you can only see "one tile" in front of you.

I'll add it to the description to make it clearer.

Absolutely loved the game. Beautiful colors, eerie design, well thought out puzzles. Definitely worth a try if you're looking for a top quality puzzle game 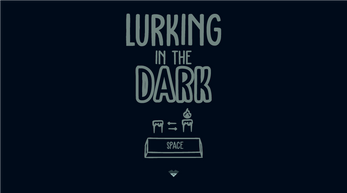